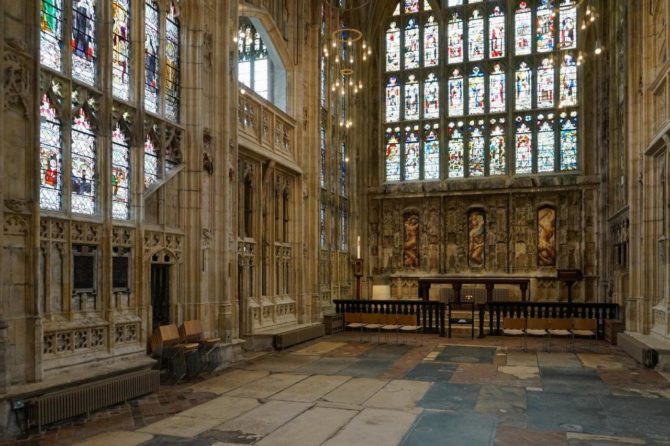 Despite the wet weather we began with an explanation of the early cathedral structure at the east end which was followed by a careful demonstration of how the Norman arch choir had applied to it a new set of perpendicular clothes. 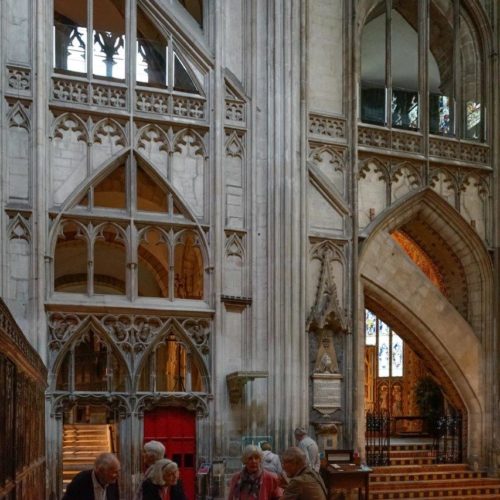 Both styles are clearly visible and are an eloquent example of how a plain building over time acquired a layer of decoration unsurpassed in Gothic architecture.

The tour included the extraordinary feats of stone engineering to counteract the load of the tower (huge embedded flying buttresses) and the support of the vaulted ceiling over the crossing (flying arches). 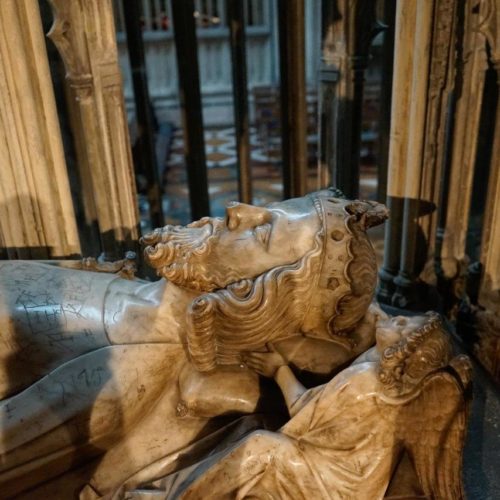 We looked at the 14th-century stained glass in the huge east window, and the smaller windows in the Lady Chapel that commemorate local composers Herbert Howells, Gerald Finzi and Ivor Gurney.

Before the tour concluded with cream tea in the Laud Room, we were able to examine in detail the tomb of Edward II (above) and the magnificent cloister.

A stitch in time saves nine English Medieval Decorated Church Window Tracery, 1250-1350 Back by popular demand, Church Projects Roadshow Latest grants awarded to Oxfordshire churches Information available from forum on sustainability of churches BBC’s John Simpson delivers annual Blenheim Lecture Oliver Everett is back OHCT Chair on BBC Oxford Abbey event will help you ‘future-proof’ your church Ride and Stride column in The Oxford Times
This website uses cookies to improve your experience. We'll assume you're ok with this, but you can opt-out if you wish.Accept Read More
Privacy & Cookies Policy