Major work is required to protect this church and this first of three phases has recently been completed. Work to recover the slate roofs and re-roof the south chapel roof with lead was deemed a matter of urgency and the grant from OHCT was hugely welcomed by the Parochial Church Council. Appropriate slates were sourced from the Cotswold Stone Quarries. Repairs to a number of stained-glass windows were undertaken by Martin Johnson & Company, a specialist firm from York. This involved the removal, repair, and replacement of damaged pieces of glass, replacement of the lead of a number of windows and the replacement of certain window guards. The repointing to various isolated areas of high-level walls and replacement of the lost stone cross on the south porch gable were also undertaken.

More work is required to protect the church – two further phases are planned and the PCC is continuing its successful fund-raising activities.

St Michael and All Angels was a chapel of Dorchester parish until the 19th century. The Grade II* listed building is considered to be an architectural gem; Pevsner referred to its “theatrical quality” standing on its cliff overlooking the River Thames. The oldest parts of the church include the arcade of the south aisle, which was built in about 1180. Elsewhere in the church are three 13th century Early English lancet windows. The south aisle ends in a Decorated Gothic chapel that was added in the 14th century. The Perpendicular Gothic arcade of the north aisle is later.

In 1843–44 the church was rebuilt to the designs of George Gilbert Scott, who ornamented the chancel as a memorial to the benefactor who funded the restoration.

The PCC has put together a photographic record of the works, available here. 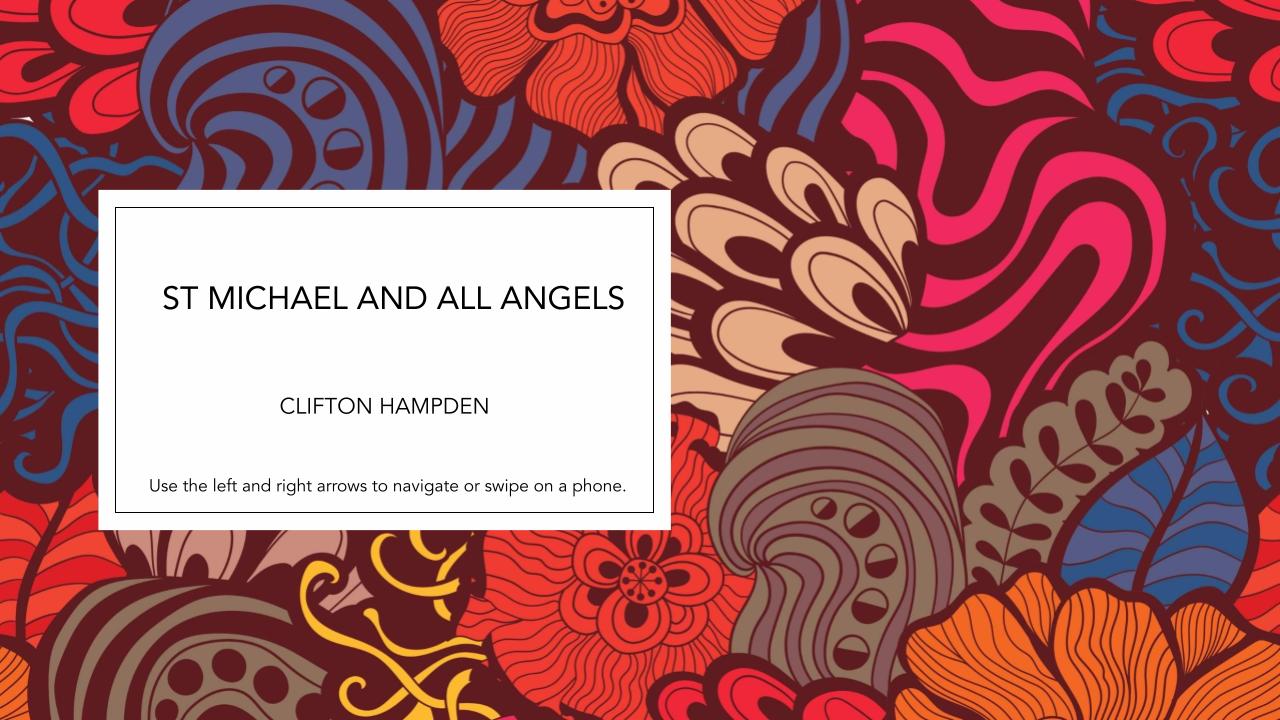